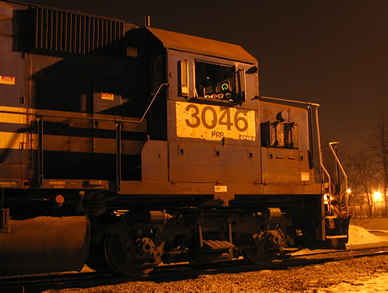 Well, there was a big time train derailment in Painesville, Ohio on CSX. No on is sure what caused this derailment. I'm pretty sure that they will get down to the root cause of this one soon.

Here is a link to a thread at Trainorders - http://www.trainorders.com/discussion/read.php?2,1509910

R.J.Corman is at the scene. I have seen these guys in action once. They will have there work this time removing the wrecked cars.
Posted by Boomer Hoghead at 10:20 PM No comments:

Norfolk Southern runs a coal train that comes from the Powder River Basin. This train starts somewhere on the BNSF. I'm guessing that it changes hands in Chicago. Somewhere a NS unit with cab signals gets added for the Cleveland Line. This line once belonged to the famous Pennsylvania Railroad. Some trains make there run over the Cleveland Line at track speed while others crawl. Amtrak's Capitol Limited glides along this line at a pretty good clip. There is a coal train that heads west that receives helpers on the rear end. I'm not sure where this train starts at.

Here is a picture of the coal train mentioned above. A trio of EMD SD70 series units (NS SD70M and BNSF SD70MAC) working hard to pull PRB coal upgrade near downtown Cleveland, Ohio. 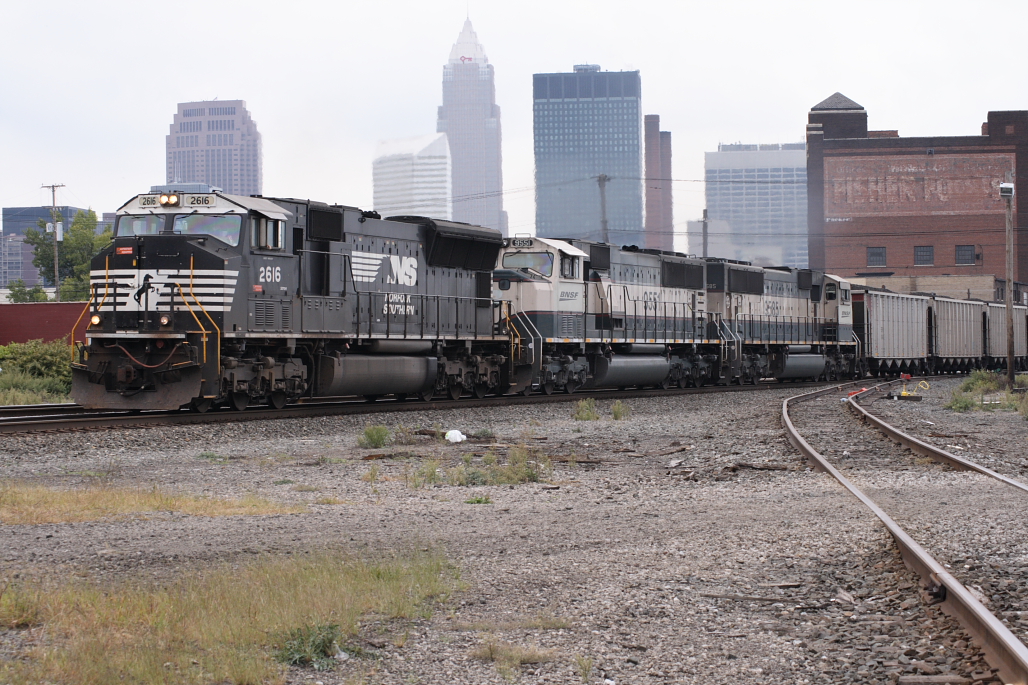 Posted by Boomer Hoghead at 3:56 PM No comments: